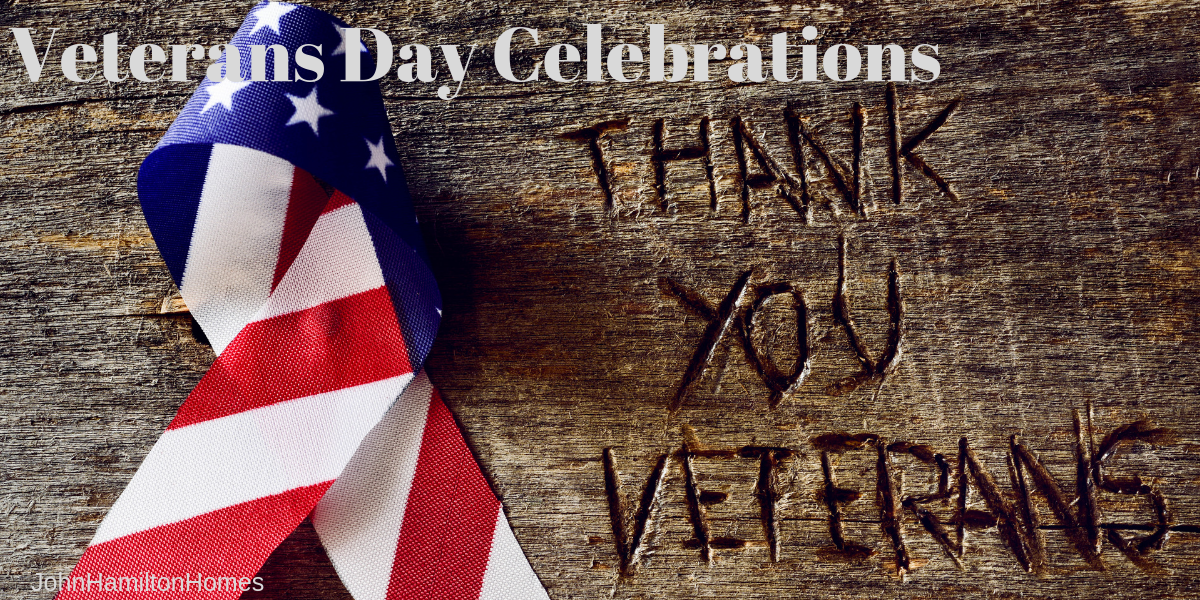 Veterans Day was initially called “Armistice Day” and was to honor veterans of World War I.  On November 11, 1918 at 11 AM, a temporary cessation of hostilities between the Allied nations and Germany went into effect.  A year later in 1919, President Wilson proclaimed November 11th as the first commemoration of Armistice Day.

In 1938, Congress made Armistice Day a legal holiday to be celebrated on November 11th each year to honor the veterans of World War I.  The Act of 1938 was amended in 1954 by replacing the word “Veterans” for “Armistice” to honor all American veterans.

Veterans and non-veterans are able to take advantage Free Admission Day  at the National Parks on Veterans Day.

Additionally many restaurants and other businesses offer discounts or free Veterans Day deals.

Local events in Salt Lake County recognizing our servicemen and women include:

“As we express our gratitude, we must never forget that the highest appreciation is not to utter words, but to live by them.”  – John F. Kennedy

Related Articles
Food Eating Vegan in Salt Lake City – Where to Go   Finding a vegan restaurant in Salt Lake City is easy; the difficult part is deciding which one you will choose. Dining out as a vegan hasn’t always been so easy in the past. While traveling with my extended family to a reunion in Iowa, I was delighted to see a menu offering a “veggie […]
Pets Off-Leash Dog Parks in Salt Lake County   Dogs and their human companions have several options throughout Salt Lake County to enjoy off-leash dog parks for exercise and socializing. Whether living in the city or just visiting; dogs love having some space to run. A few of the parks offer designated areas for smaller dogs if desired.     Dayland Dog Park […]
Holidays 4th of July Celebrations in Salt Lake County   The 4th of July is coming up soon and there are lots of fun options in Salt Lake County for celebrating the holiday throughout the entire day.   Magna – Magna Cooper Park located at 8950 West 2600 South. Activities include a flag ceremony, breakfast, a 5K Fun Run/Walk, a parade, and music.  The […]